ATLANTA, Ga. (CBS46) - Tuesday was the hottest day in Atlanta since August 2, with a high of 92°. It will be as hot or maybe even hotter on Wednesday with nearly full sunshine. Expect a low temperature in the mid 60s in the suburbs and near 70 in the city on Wednesday morning. It will reach the low to mid 80s by noon, and soar into the low 90s in the afternoon.

The weather stays very warm Wednesday evening before falling into the upper 60s to low 70s at dawn on Thursday. Expect another hot one on Thursday as the temperature soars through the 80s into the low 90s. A cold front will approach late Thursday and may trigger a few showers/storms in the late-afternoon and/or evening.

The weather turns cooler as the front passes and the wind shifts to the northwest. The temperature will dip into the upper 50s to low 60s by early Friday, and it rebounds to the upper 70s and low 80s with tons of sun. The weather stays great on Saturday with lows in the 50s and highs in the low 80s. Another front approaches on Sunday. It may be a bit warmer during the day, but showers are possible late in the day or at night as the front moves through. Seasonably cool weather is likely early next week.

Tropics are getting very active

There are two named storms and two areas of interest in the tropics. Fiona did tremendous damage in the Caribbean and Turks and Caicos, and is not moving north in the Atlantic Ocean. The brunt of the storm will likely miss Bermuda later this week. The storm may strengthen to a category 4 as it nears/passes Bermuda, and it could still be carrying 100 mph winds when it reaches Nova Scotia and Newfoundland this weekend.

Tropical Storm Gaston formed on Tuesday and that storm will likely spin around in the Atlantic Ocean harmlessly for a few days.

We’re also watching a disturbance entering the Southern Caribbean Sea. This disturbance bears watching as it has the potential to reach the Gulf of Mexico in about 7 days. If it gets into the Gulf, it could strengthen and become a significant threat to the United States. That is way down the road, but we’ll be tracking it all the way over the next several days.

There is another disturbance near Africa that could also become a tropical storm. 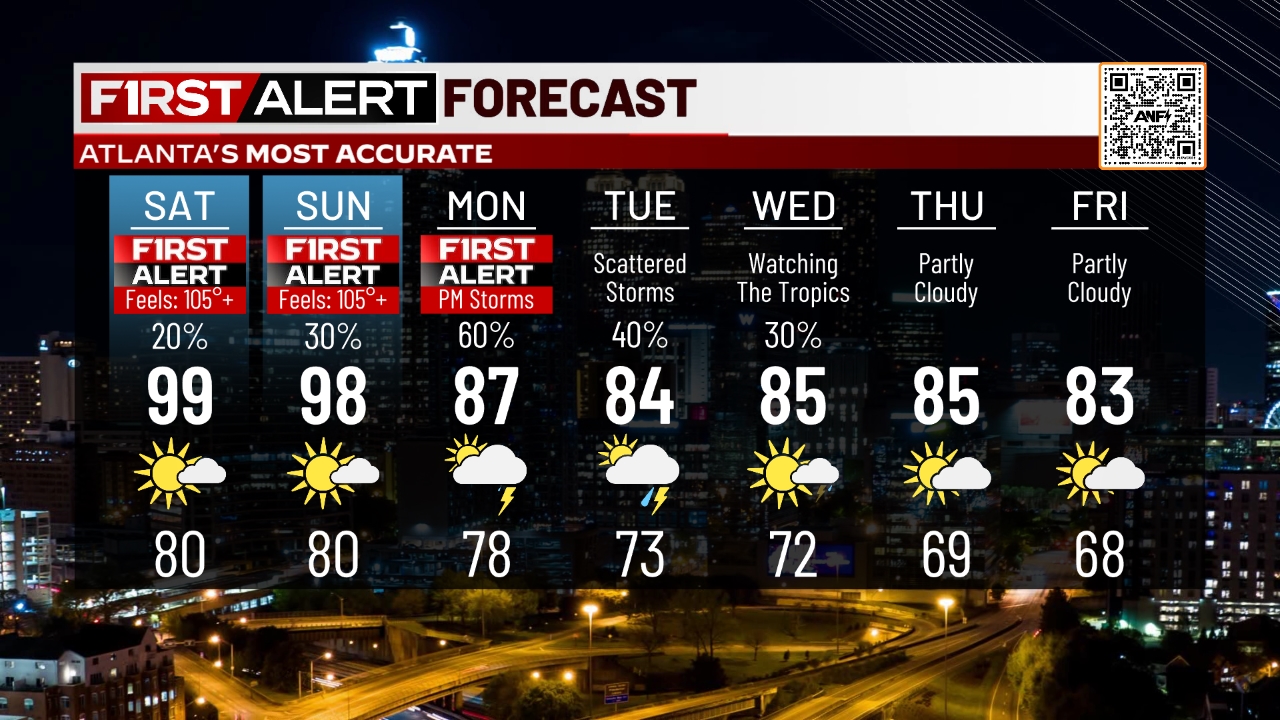