By Rodney Harris and Ella Dorsey

ATLANTA, Ga. (CBS46) - Ian has officially made landfall in Cuba as a strong Cat 3 hurricane with 125mph winds. Tuesday’s 8 a.m. update from the National Hurricane Center has Ian making landfall directly over Tampa Bay as a Cat 3 hurricane on Thursday - which is a worst-case scenario for the city.

As of 8 a.m., Ian is now the 4th hurricane of the 2022 Atlantic season packing winds of 75 mph. The storm will rapidly strengthen over the next 24 hours and is forecast to become a major category 4 hurricane with winds of 130 mph by early Wednesday. Impacts here in North Georgia are looking likely. 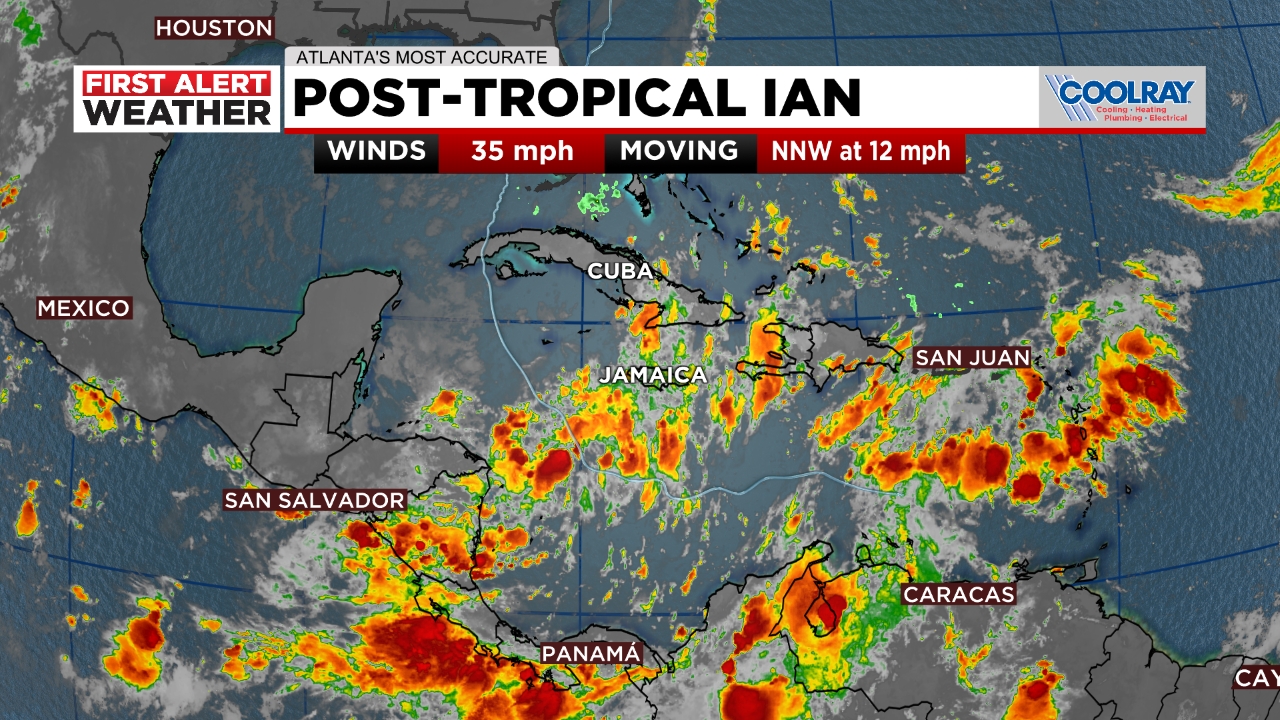 Ian will continue to strengthen into a Cat 4 storm as it enters Gulf of Mexico today and tomorrow. Impacts will be felt in Florida throughout the week with a landfall now expected to be directly over the Tampa Bay area with winds of 115mph on Thursday. The latest track of Ian has slowed, which will prolong impacts along the west coast of Florida and also bring our greatest impacts in on Saturday.

What’s left of Ian is expected to track through north Georgia with the highest impact on Friday and Saturday, which is now a FIRST ALERT for both days.

Wind: Expect the wind to pick up starting Thursday, with the gustiest wind Friday night and through the day Saturday. As of now, it looks like places along and South of I-20 as well as East Georgia will have the greatest chance of tropical storm force wind gusts. Either way, the wind and rain working in tandem will bring the threat for downed trees and power lines.

Rain: Heavy tropical downpours will be one of our greatest and most widespread threats as the outer bands move inland and the remnants of the storm move closer. Right now a widespread 2-5″ of rain will be possible with isolated heavier totals. This could lead to flash flooding.

We could also experience severe weather in the outer rain bands. Isolated tornadoes will be possible. The exact track of Ian will determine who will have the best chance of experiencing severe weather.

There have been nine named storms so far this season in the Atlantic, with three hurricanes and one major hurricane. The peak of hurricane season was Sept. 10, but the season doesn’t end until Nov. 30. 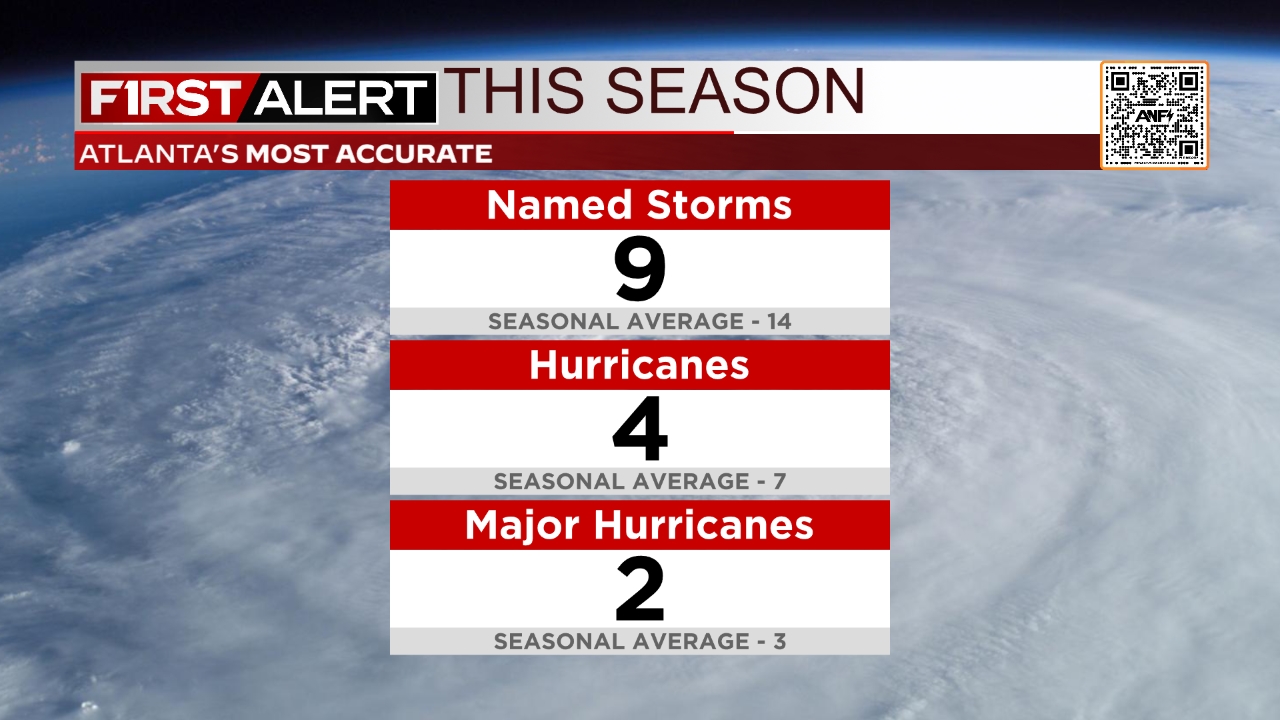